An online survey of 1000 Italians at the end of March has shown that agreement with the measures taken by the government to prevent the spread of the new coronavirus is generally very high. Measures such as the school closing, the travel ban, or the quarantine of people entering the country have been accepted by more than 90 per cent of the Italians. The least accepted measure is the use of apps for the surveillance of the public, but it is still supported by almost 60 per cent of Italians. 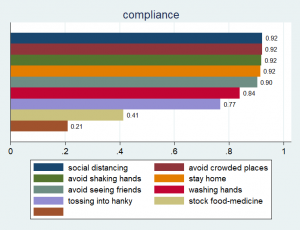 If the measures have been generally very well accepted and also followed, large parts of the Italian population criticise that they have not been adopted in time. Except for the school closing and the deferral of elections, rather sizeable majorities of the Italians think that the measures against the spread of the virus have been adopted too late. This is most clearly the case concerning the availability of masks and tests, but it also applies to all the other measures such as the travel ban or the quarantine of people entering the country.

The critique with regard to the timing of the measures is highly partisan. The critique that the government did not react fast enough is more widespread among the adherents of the opposition, the overwhelming majority of whom consider that the government has been too late with at least some of the measures. Among the adherents of the governing parties, this criticism is less widespread, but even among the partisans of the left in government, only a bit less than 30 per cent have mentioned no critique about timing at all. 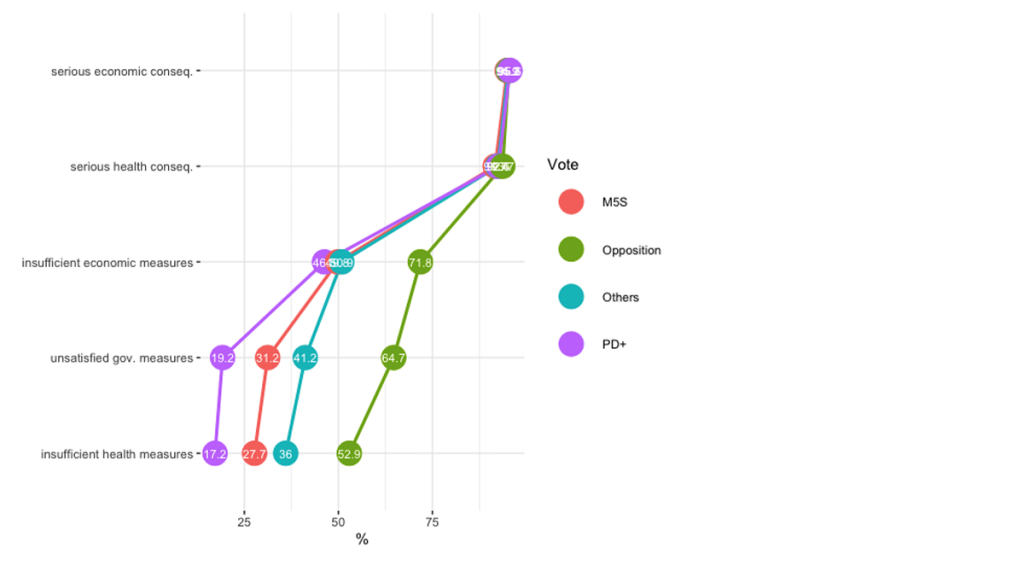 Leadership in the balance

Little room for disagreement on prevention

National media and social media have not hesitated to expose rule-breaking and non-compliance with COVID-19 containment measures in Italy. Data, however, demonstrate that people in Italy indeed are largely going along with the restrictions and procedures implemented by the regional and national governments.

Hanspeter Kriesi is Stein Rokkan Professor of Comparative Politics in the Department of Political and Social Sciences and an associate scholar with the Robert Schuman Centre’s European Governance and Politics Programme.