Student rebellion and the demise of communism in Eastern Europe

On 17 November 1989 a student demonstration in Prague, marking the 50th anniversary of a Nazi crackdown on the city’s students, was met with violence by communist Czechoslovakia’s police. The incident set in motion a series of events that would come to be known as the ‘Velvet Revolution’ and which heralded the end of Czechoslovakia’s communist regime. The Velvet Revolution, along with the fall of the Berlin Wall and the violent end of Romania’s communist dictatorship, have become iconic images inscribed in the popular memory of the so-called annus mirabilis of 1989 and the broader demise of communism in Eastern Europe.

Absent from the histories of the above momentous events, however, is the generational dimension and the role that students played in the fall of communism across the region. In fact, the remarkable happenings of 1989 were unprecedented and remain unparalleled in the degree to which students politicised not only in the communist countries of the Soviet bloc, but also in Yugoslavia, Albania, and China.

Students, at the forefront of mass protests, effectively played the role of ‘vanguard of the revolution’. Whereas in China the student protest on Tiananmen was smothered in blood, students in Eastern Europe spearheaded a transnational wave of change that altered the course of European history.

‘1989’ was part of a broader process of protest and political change starting roughly in early 1988 and coming to a close in 1991. But it is no exaggeration to state that the demise of communism represented a generational experience for those who were politically active at that time. Events of such magnitude–impacting millions of lives and entire societies–are rare: they would become decisive in shaping the worldview of the young protestors and demonstrators involved in the movements. 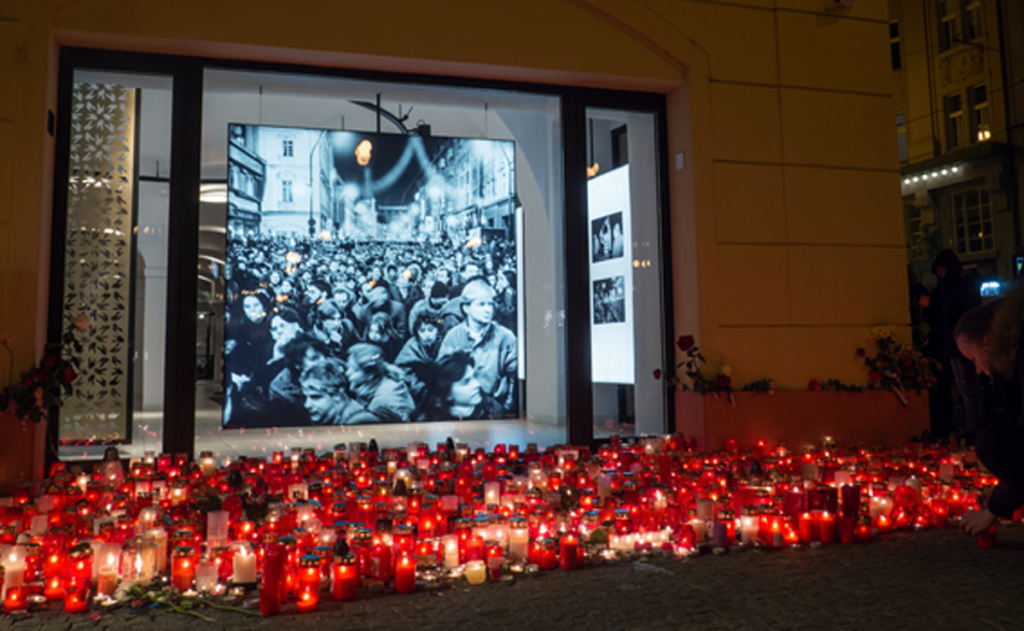 The seeds of student protest

In the late 1980s a number of common structural conditions across the region contributed to the politicisation of students.

First was the deteriorating economic situation throughout the bloc, which was especially extreme in Poland and Romania, but also felt in Czechoslovakia and the Soviet Union.

Second was the emerging environmental crisis across the region, symbolised most urgently by the Chernobyl catastrophe. As a result of that devastating nuclear disaster, a number of environmental movements sprang up around the bloc, many of which soon came to oppose their respective communist regimes.

Third, membership in official youth and student organisations across communist countries was falling off, with young people discouraged and suffocated by bureaucratic ossification and protracted decline. Although some remained significant, such as the Soviet Komsomol, in other countries, such as Poland, the organisations floundered. The rise of a broad and varied youth counter-culture created an alternative sphere for youth and students throughout the bloc, a clear symptom of the incipient youth rebellion.

Finally, geopolitical and international developments, such as the onset of glasnost and perestroika in the Soviet Union and the end of the Cold War, directly influenced the domestic political situation of each country in the region. Some communist regimes embarked on cautious attempts at reform, while others tightened the screws or attempted nationalist ploys to substitute for the increasingly hollowed-out official socialist ideology and politics.

The above circumstances set the stage for the politicisation of tens of thousands of students in the late 1980s. The Polish student opposition was in many ways the trailblazer, rising up during the Solidarność crisis at the beginning of the decade notwithstanding a military crackdown and the imposition of martial law. Furthermore, students joined with young workers in generational solidarity to drive the two waves of strikes in 1988 that moved the regime to negotiate with the opposition. This in turn resulted in the Round Table talks and the first semi-free elections which were unexpectedly but convincingly won by the opposition in 1989.

The Polish youth’s grassroots contestation against the regime resonated with peers across the bloc, and their actions were emulated elsewhere. The most important oppositional student organisation, the Niezależne Zrzeszenie Studentów (Independent Students’ Association)–from which many of Poland’s present-day politicians on the Right originate, was a model for setting up independent student unions from Belarus to Bulgaria.

Student action, and the students’ capacity to serve as a catalyst for wider opposition, turned 1989 into a transnational moment of change. Aftershocks from the events of that year would reverberate for decades to follow. In Hungary, Viktor Orbán and other student activists turned their movement into a political party and founded FIDESZ, while in Ukraine students organised the ‘first Maidan’ in what would become known as the ‘Revolution on Granite’. Though the events of 1989 would signify the start of a political career for many a student activist, the grassroots student opposition was inevitably and rapidly overtaken by the high politics of the post-communist transition era.

The profound structural transformations of the eastern bloc after 1989 cut into the socio-economic fabric of higher education, changing the societal role of students and weakening their identity as a specific social group.

There have been only a few events, such as the so-called ‘colour revolutions’ that swept the region from the late 1990s to the early 2000s, in which we have seen levels of student contestation reminiscent of those of 1989. While students in countries such as Bulgaria, Ukraine, or (North) Macedonia also have become momentarily politicised or have even managed to spearhead broader protest movements during the so-called ‘global wave of protest’ after  2009, none of these protests managed to achieve an impact comparable to those 1989.

Nowadays across Eastern Europe, students no longer seem to want to mobilise ‘as students’ for any national cause. The last attempt at a national anti-government student protest in Poland took place in 2017. It barely attracted a combined 2,000 participants spread over academic centres throughout the country.

While there exists a potent myth of 1968 and the ‘rebellious student’, the actual student rebellion of 1989 seems to have been forgotten. The legacy of those protests, however, can still be observed. After three decades, the erstwhile rebellious student activists of 1989 have joined the ranks of their countries’ political, business, and cultural elites. Perhaps this can help explain some of the present-day developments in the region.

Tom Junes is a Marie Sklodowska-Curie Fellow at the History and Civilisation department of the EUI. He holds PhD in History from the KU Leuven in Belgium and has held postdoctoral fellowships in Poland, Austria, Hungary, Finland, Germany, Bulgaria and Italy. His research interests include Eastern European history and politics, Cold War history, the history of youth and student movements, and the history of the European Left. He is the author of Student Politics in Communist Poland: Generations of Consent and Dissent and his current research project Communists into Liberals looks into how the transformation of the Polish Left contributed to the transition from communism to liberal democracy and the later illiberal turn.